Christmas Around The World 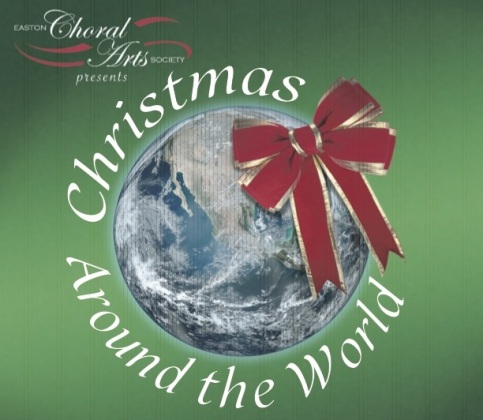 ECAS will bring you the magic of Christmas in its concert this December.  Included are long time favorites like “We Need a Little Christmas,” “The Most Wonderful Time of the Year,” and a choral telling of “The Night Before Christmas” poem by Clement Moore, complete with illustrations on two large TV screens.

A portion of the concert will remind you that Christmas is celebrated in many places and in many languages around the world. Look forward to hearing one of the earliest arrangements of “Stille Nacht” (Silent Night), an Austrian carol that turned from obscurity to a major classic, along with a traditional carol from Catalonia in Spain, “Fum, Fum, Fum.” The hauntingly beautiful arrangement of “Twas in the Moon of Wintertime,” one of the oldest Canadian Christmas Carols, circa 1642, tells the Christmas story through the eyes of the indigenous Huron people. “Brightest and Best” will feature a lively fiddle solo for a touch of Bluegrass. The choristers will close the program with “Christmas Day” – the rousing medley of Christmas songs by Gustav Holst. And that’s just to name a few!