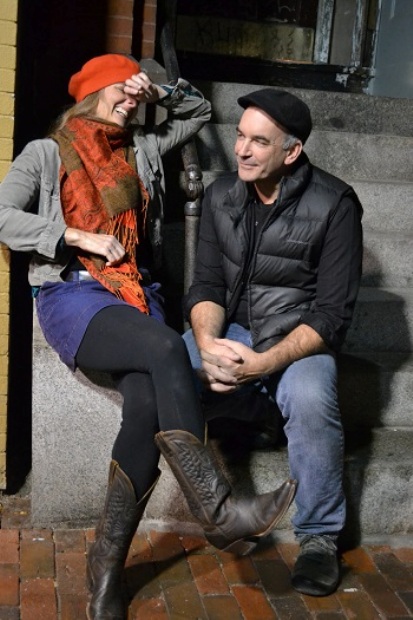 Jenny Van West‘s songs hit with passion and humor on the many facets of human vulnerability, and are delivered with potent stage presence and vocal horsepower listeners have compared to Alison Krauss and Emmy Lou Harris. The first place winner of the 2015 Maine Songwriters’ Association songwriting contest, Van West’s love of roots country, blues, gospel, and traditional fiddle styles pervade her vocal and instrumental work and have earned her TV and radio appearances.

Something Real, released in 2015, is her first album and was produced by Ed DesJardins who will be joining her tonight. She is currently in production with a mini-EP, Honey & Hive, due out in 2016.

Van West is honored to be joined at the Stoltz Listening Room by her duo partner, singer-songwriter-multi-instrumentalist Ed DesJardins. Together, their songwriting, vocal harmonies, and instrumental work create a powerful live experience for the listener.