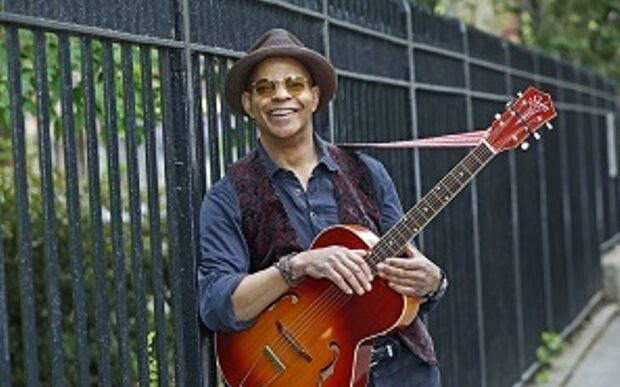 “Truth be told, there just aren’t many who can deliver Americana in as interesting and entertaining a manner – or give acoustic traditional blues such a contemporary sound – as Davis…” The Blues PowR Blog

American roots artist Guy Davis once said, “I like antiques and old things, old places, that still have the dust of those who’ve gone before us lying upon them.”

Blowing just enough dust off roots music to see its beauty is something Guy has excelled at for over twenty years of songwriting and performing. His reverence for the music of the blues masters who’ve gone before him has been evident in every album he’s ever recorded or concert he’s given.

Guy’s musical storytelling is influenced by artists like Blind Willie McTell and Big Bill Broonzy, and his musicality by artists as diverse as Lightnin’ Hopkins and Babatunde Olatunji.