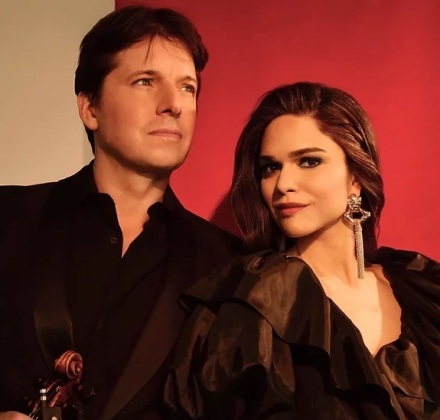 Internationally acclaimed soprano Larisa Martínez is widely regarded as one of the most exciting talents of her generation, and she’s coming to downtown Easton, Maryland. Born and raised in Puerto Rico, she has been highly praised for her warm lyric coloratura voice and captivating stage presence.

For the last three years, Ms. Martínez has toured with tenor Andrea Bocelli, debuting at Madison Square Garden, Hollywood Bowl and throughout North America, South America, and Europe. She also has a long history of collaborations with violinist Joshua Bell, including two PBS specials and an upcoming “Voice and the Violin” concert tour. In 2016, she won the Metropolitan Opera’s National Council Audition in Puerto Rico, as well as the Angel Ramos Foundation Award and the Audience Prize. Soon after, she was invited by the Metropolitan Opera Guild 2018 Annual Gala as a guest artist to honor Anna Netrebko.